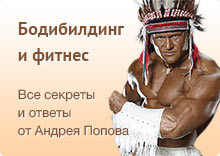 Creatine
A French scientist first discovered creatine in 1832, but it was not until 1923 that scientists discovered that over 95% of creatine is stored in muscle tissue.

Creatine
A French scientist first discovered creatine in 1832, but it was not until 1923 that scientists discovered that over 95% of creatine is stored in muscle tissue. The first published report of creatine having bodybuilding effects was The Journal of Biological Chemistry in, get this, 1926! Although we've known about creatine for quite some time, the first real use of it to enhance performance was the 1992 Olympic games in Barcelona, Spain.

Learn the benefits of Creatine Monohydrate in this quick video from Bodybuilding.com and supplement expert Anthony Almada, who has collaborated on over 95 supplementation studies!

A French scientist first discovered creatine in 1832, but it was not until 1923 that scientists discovered that over 95% of creatine is stored in muscle tissue. The first published report of creatine having bodybuilding effects was The Journal of Biological Chemistry in, get this, 1926! Although we've known about creatine for quite some time, the first real use of it to enhance performance was the 1992 Olympic games in Barcelona, Spain.

So, what is creatine? Our bodies naturally make the compound, which is used to supply energy to our muscles. It is produced in the liver, pancreas, and kidneys, and is transported to the body's muscles through the bloodstream. Once it reaches the muscles, it is converted into phosphocreatine (creatine phosphate). This high-powered metabolite is used to regenerate the muscles' ultimate energy source, ATP (adenosine triphosphate).

Creatine is 100% natural and occurs naturally in many foods; therefore, it can never be banned from any sports or international competitions (unless they banned eating meat). Many foods especially herring, salmon, tuna, and beef contain some creatine. However, the very best source of creatine by far is creatine monohydrate because it contains more creatine per weight of material than any other source.

2. What does it do and what scientific studies give evidence to support this?

Creatine is bodybuilding's ultimate supplement, and for good reason. For one thing, creatine can significantly increase lean muscle mass in just two weeks. It is also responsible for improving performance in high-intensity exercise, increasing energy levels, and speeding up recovery rates. It's no wonder athletes who use it have such of an edge over those who do not. Soon nearly every athlete who competes will use it (if they don't already). Creatine's ability to enhance energy reserves in muscles comes from its muscle protein synthesizing action, while minimizing protein breakdown. This occurs because creatine has the awesome effect of super-hydrating muscle cells with water. It enhances muscles' growth too-making muscle fibers bigger and stronger.

Quite a few studies have been done on creatine to figure out why and how it works so well. There have been over twenty double blind (meaning neither the researchers nor the subjects knew who was getting what), placebo-controlled studies conducted on creatine in the past five years. They proved that creatine increased energy levels, resulting in increased strength, endurance levels, and recovery rates. Another unexpected benefit attributed to creatine was discovered as well: creatine accelerates fat loss, while building lean body mass!

3. Who needs it and what are some symptoms of deficiency?

4. How much should be taken? Are there any side effects?

Excellent results have been observed in taking creatine monohydrate in two different ways. The first way is called loading. This method works very well for anyone who has never taken creatine before. Just as the name implies, it involves loading up or saturating your muscles with creatine. During the first four days to a week, take 20 to 30 grams per day. Mix it with non-acidic juice or water. Grape juice works well. After this loading period, take a regular intake of between five to fifteen grams per day to keep your muscles saturated (no need to over do it). The other method is a more gradual approach to supplementing with creatine monohydrate. Over the course of an extended period, one basically skips the loading phase and just supplements with five to fifteen grams per day, everyday. The best results have been noticed when creatine is combined with a high carbohydrate base, such as dextrose (glucose) and taken about one-half hour before training.

The best part about creatine-no adverse effects have been reported in any studies. NONE! Creatine is totally safe and effective. Creatine has never been shown harmfully toxic. Nevertheless, just like with anything, it is not recommended to over-supplement once your muscles are saturated with creatine-there is no reason to. This means, stick to the recommended dosages, and be prepared to experience the very best muscle, strength, energy, and endurance gains possible!

Creatine is a nitrogenous organic acid that occurs naturally in vertebrates and helps to supply energy to muscle. Creatine was identified in 1832 when Michel Eugène Chevreul discovered it as a component of skeletal muscle, which he later named creatine after the Greek word for flesh, κρέας (kreas).

Creatine is not an essential nutrient, as it is manufactured in the human body from L-arginine, glycine, and L-methionine.

In humans and animals, approximately half of stored creatine originates from food (mainly from meat). Since vegetables do not contain creatine, vegetarians show lower levels of muscle creatine, but show the same levels after using supplements.

Use as food supplement Main article: Creatine supplements Creatine supplements are sometimes used by athletes, bodybuilders, and others who wish to gain muscle mass, typically consuming 2 to 3 times the amount that could be obtained from a very-high-protein diet. A survey of long-time use gives the creatine content of several foods.The Mayo Clinic states that creatine has been associated with asthmatic symptoms and warns against consumption by persons with known allergies.

While there was once some concern that creatine supplementation could affect hydration status and heat tolerance and lead to muscle cramping, recent studies have shown these concerns to be unfounded.

There is less concern today than there used to be about possible kidney damage from creatine, although there are reports of kidney damage, such as interstitial nephritis; patients with kidney disease should avoid use of this supplement. In similar manner, liver function may be altered, and caution is advised in those with underlying liver disease although studies have shown little or no adverse impact on kidney or liver function from oral creatine supplementation.

In theory, creatine may alter the activities of insulin. Caution is advised in patients with diabetes or hypoglycemia, and in those taking drugs, herbs, or supplements that affect blood sugar. Serum glucose levels may need to be monitored by a health-care professional, and medication adjustments may be necessary.

Long-term administration of large quantities of creatine is reported to increase the production of formaldehyde, which has the potential to cause serious unwanted side-effects. However, this risk is largely theoretical because urinary excretion of formaldehyde, even under heavy creatine supplementation, does not exceed normal limits. Extensive research over the last decade has shown that oral creatine supplementation at a rate of 5 to 20 grams per day appears to be very safe and largely devoid of adverse side-effects while at the same time, effectively improving the physiological response to resistance exercise, increasing the maximal force production of muscles in both men and women.

Creatine has become increasingly commonly used by body builders to improve their ability to build muscle tissue. By allowing body builders to perform more work as a result of additional energy, increased protein synthesis is stimulated.[citation needed] Also, when an abundance of creatine phosphate is stored in the muscle, the muscle will hold more water in its cells. The more water is held in a muscle cell, the more it will promote the synthesis of protein as well as deter protein breakdown.

Pharmacokinetics Endogenous serum or plasma creatine concentrations in healthy adults are normally in a range of 2–12 mg/L. A single 5 g (5000 mg) oral dose in healthy adults results in a peak plasma creatine level of approximately 120 mg/L at 1–2 hours post-ingestion. Creatine has a fairly short elimination half-life, averaging just less than 3 hours, so to maintain an elevated plasma level it would be necessary to take small oral doses every 3–6 hours throughout the day.

Pregnancy and breastfeeding Creatine cannot be recommended during pregnancy or breastfeeding due to a lack of scientific information. Pasteurized cow's milk contains higher levels of creatine than human milk.